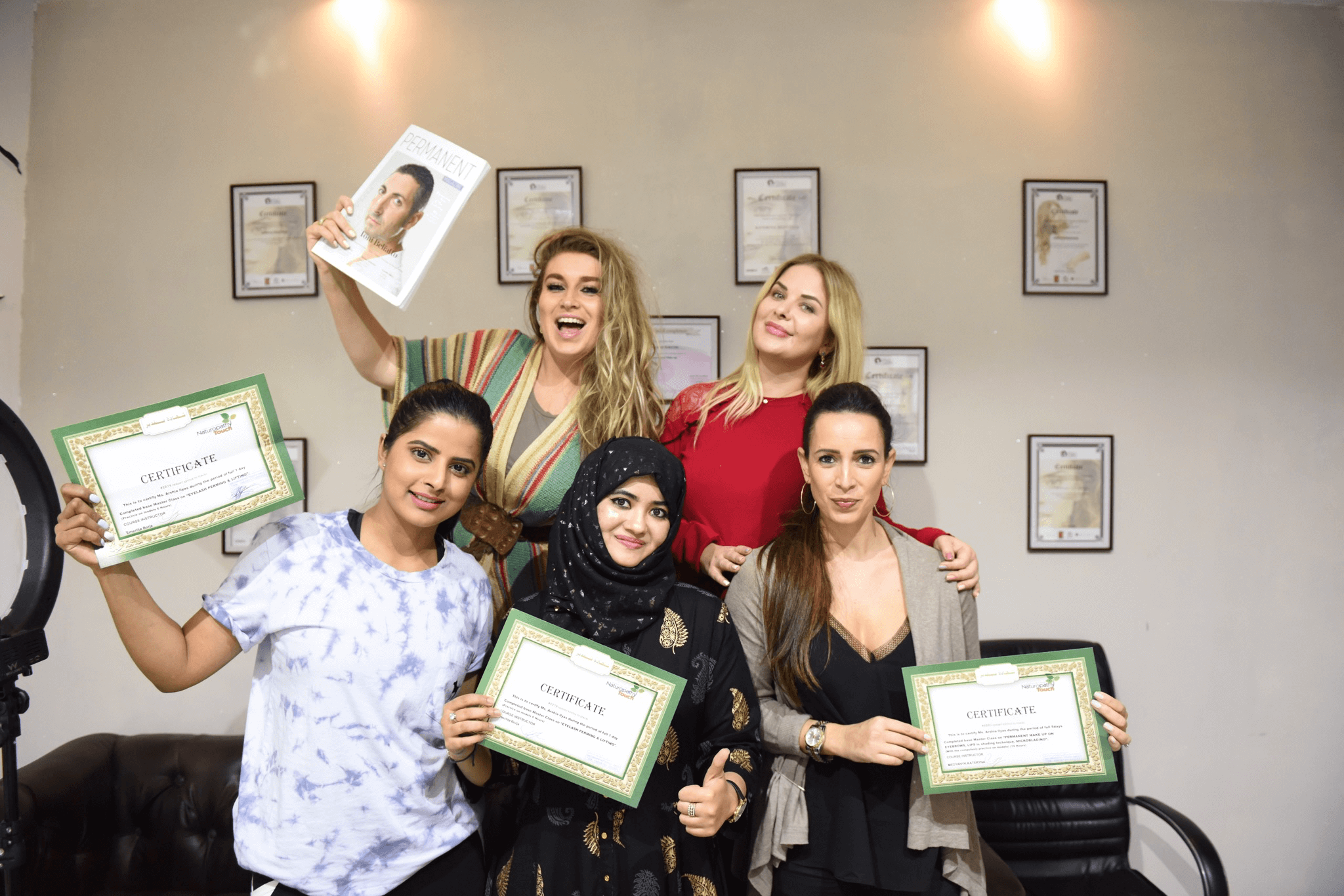 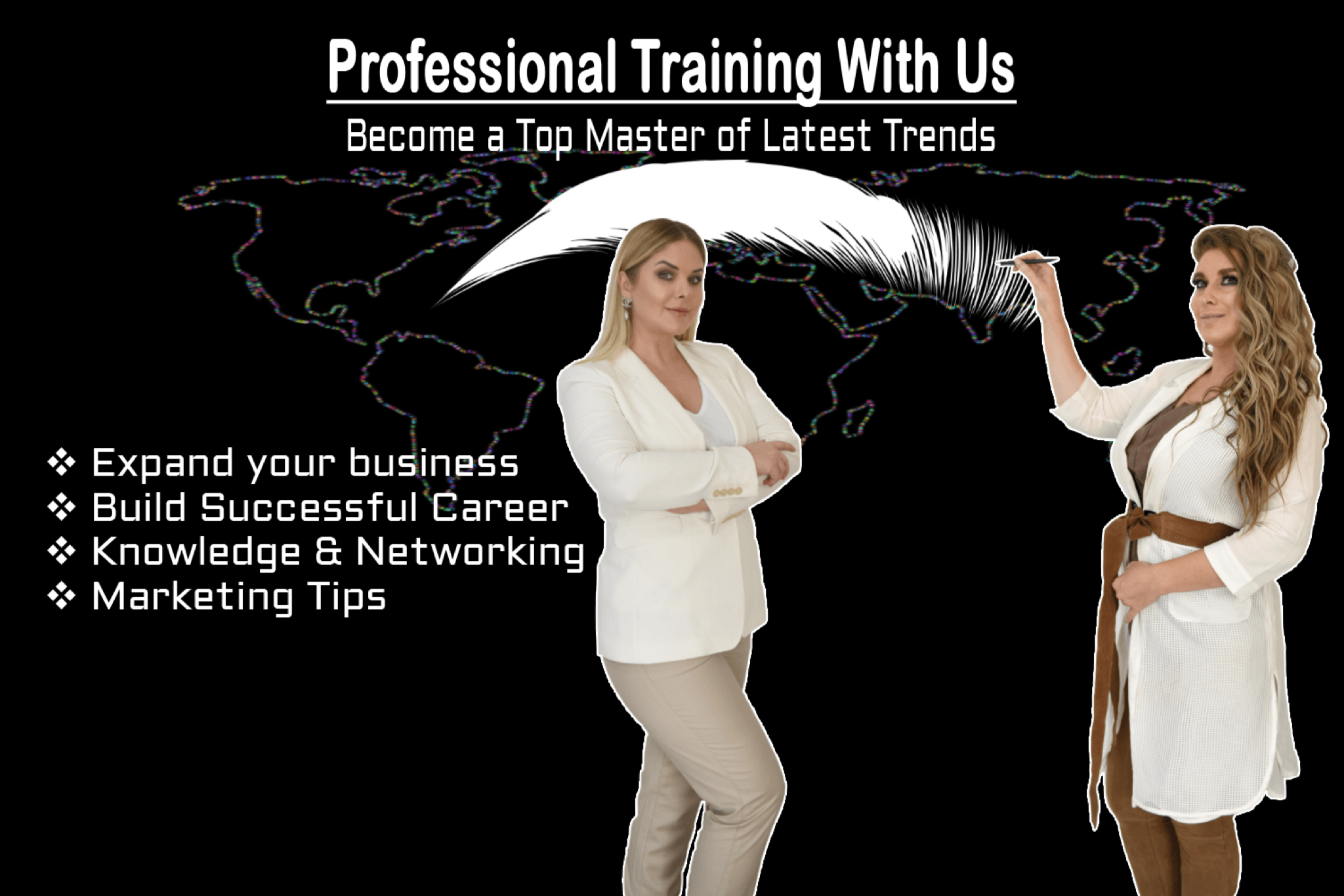 Before you know what our Award Winning Centers / Academy is about creating Permanent Make-up / Microblading, We suggest getting acquainted with its founder. So, Who is Kateryna Medyanyk? This first lady is the founder of branches Naturopathy Touch who practices herself only on creating tattoo where Its first steps in this area were made in the distant 2011. Where later herself as A makeup artist became an International master for teaching advanced courses of existing masters. 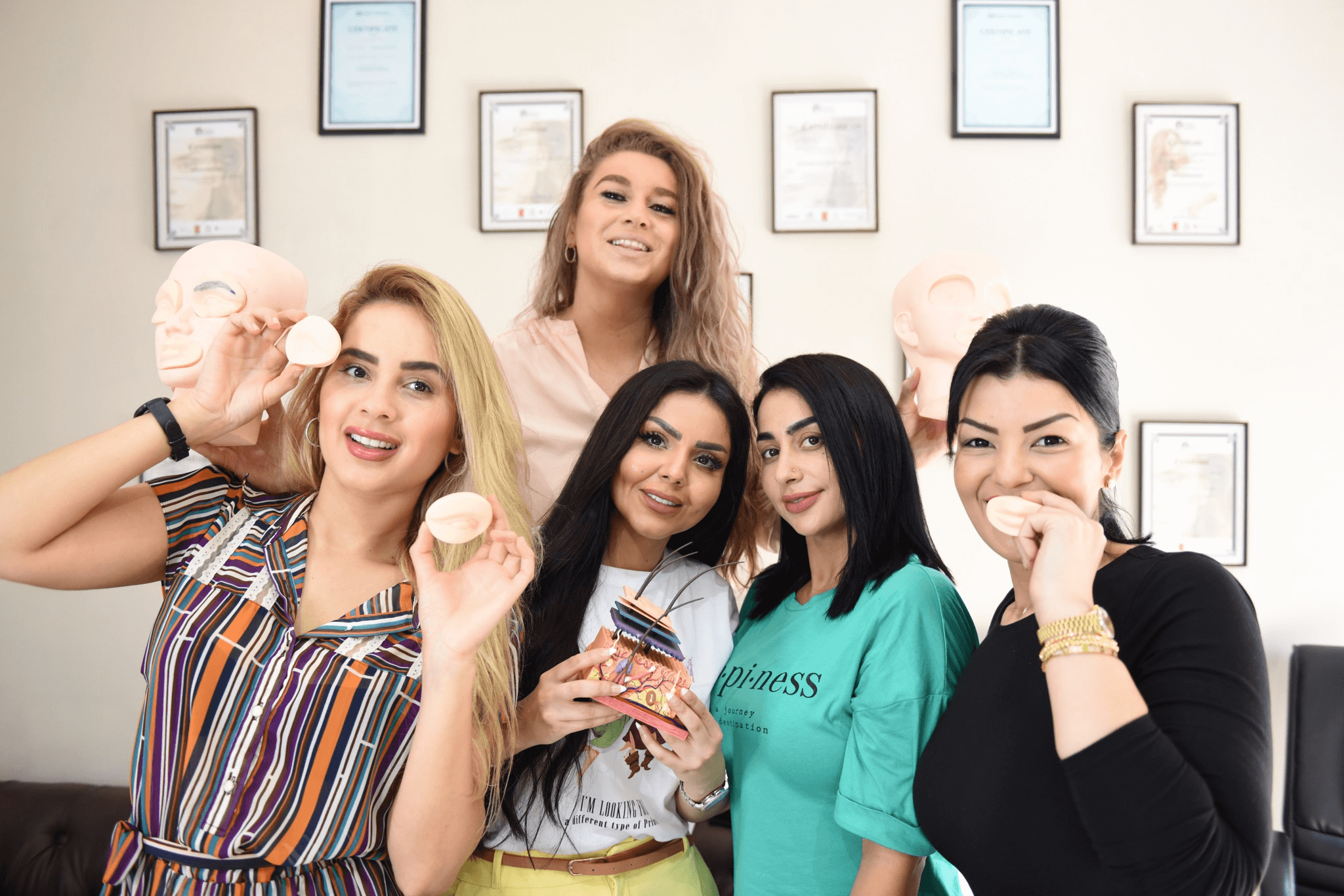 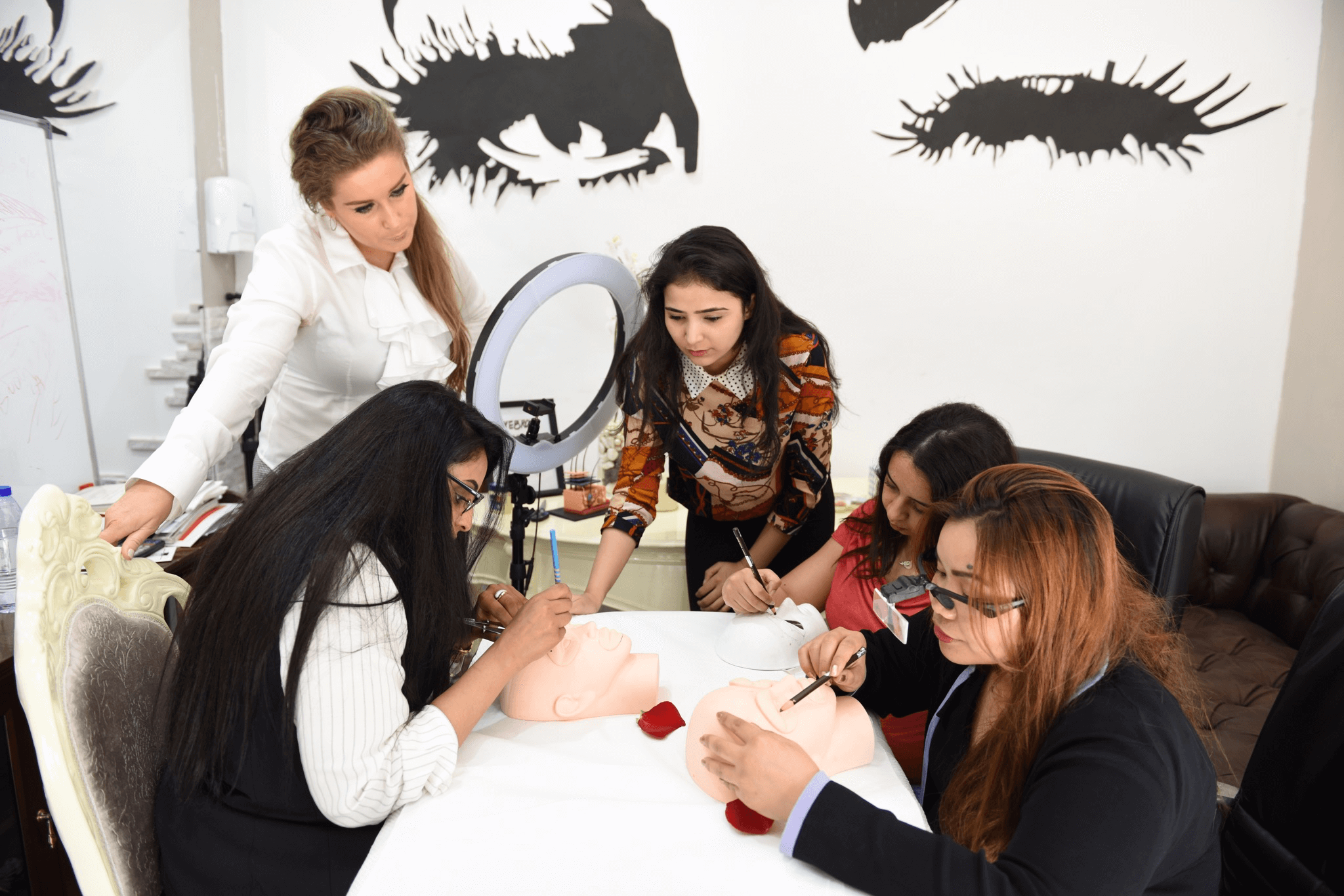 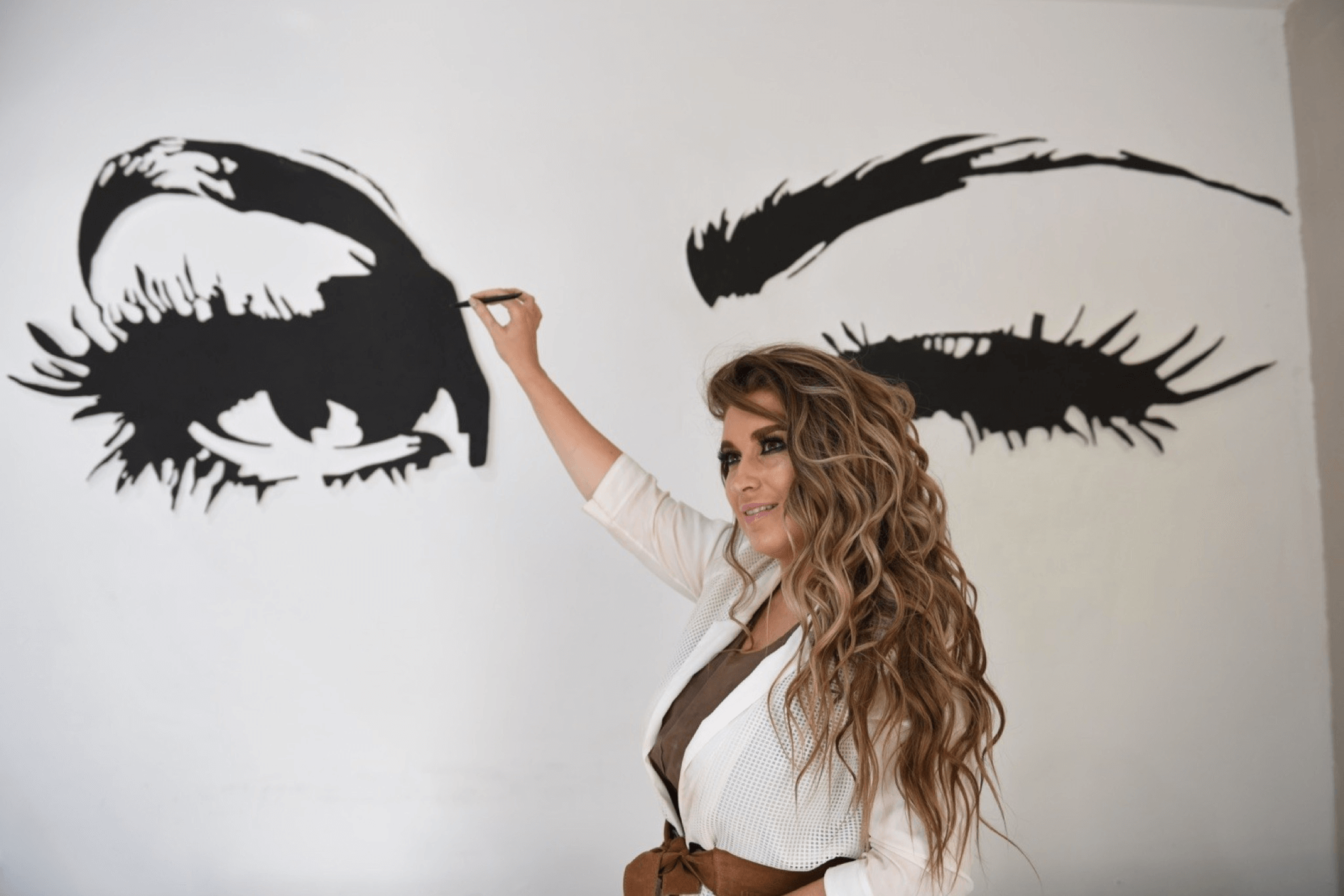 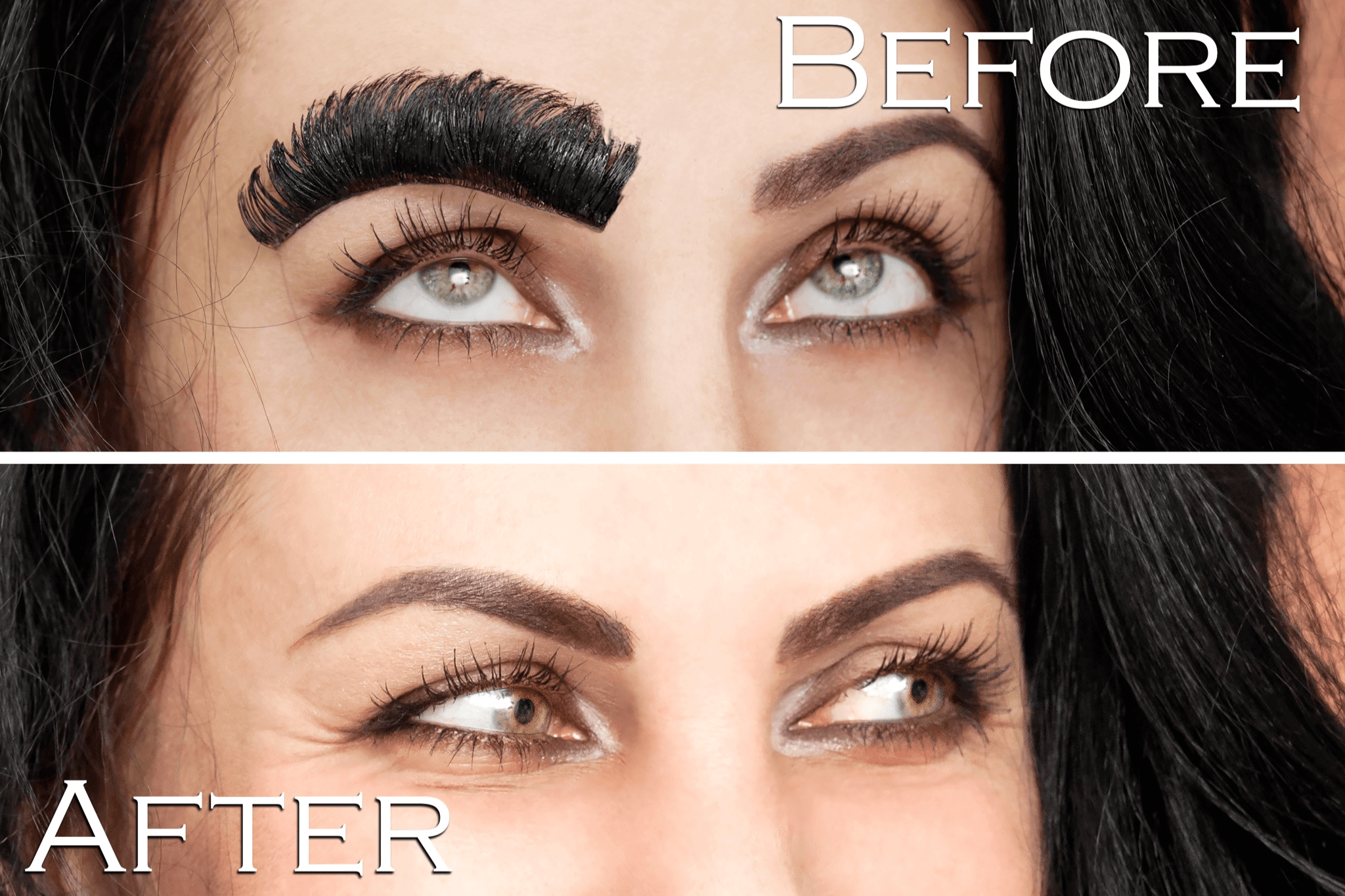 What is Tattoo Makeup?

Tattoo Makeup is a term used many years ago firstly in Japan when pigments and application methods were quite different to today. The right modern term is Cosmetic Micropigmentation or Semi-permanent makeup / Microblading. All of which use semi-permanent pigments implanted into the upper skin, in the Middle East, where the sun is strong, treatments usually last for 2-3 years. In cooler countries, semi-permanent make-up can last for up to 4-5 years. We highly recommend a top up every 18 months to keep the pigment looking fresh and beautiful. Consultations are free of charge and take about 15 minutes. All treatments are performed exceptionally at the Rehabilitation Centres. 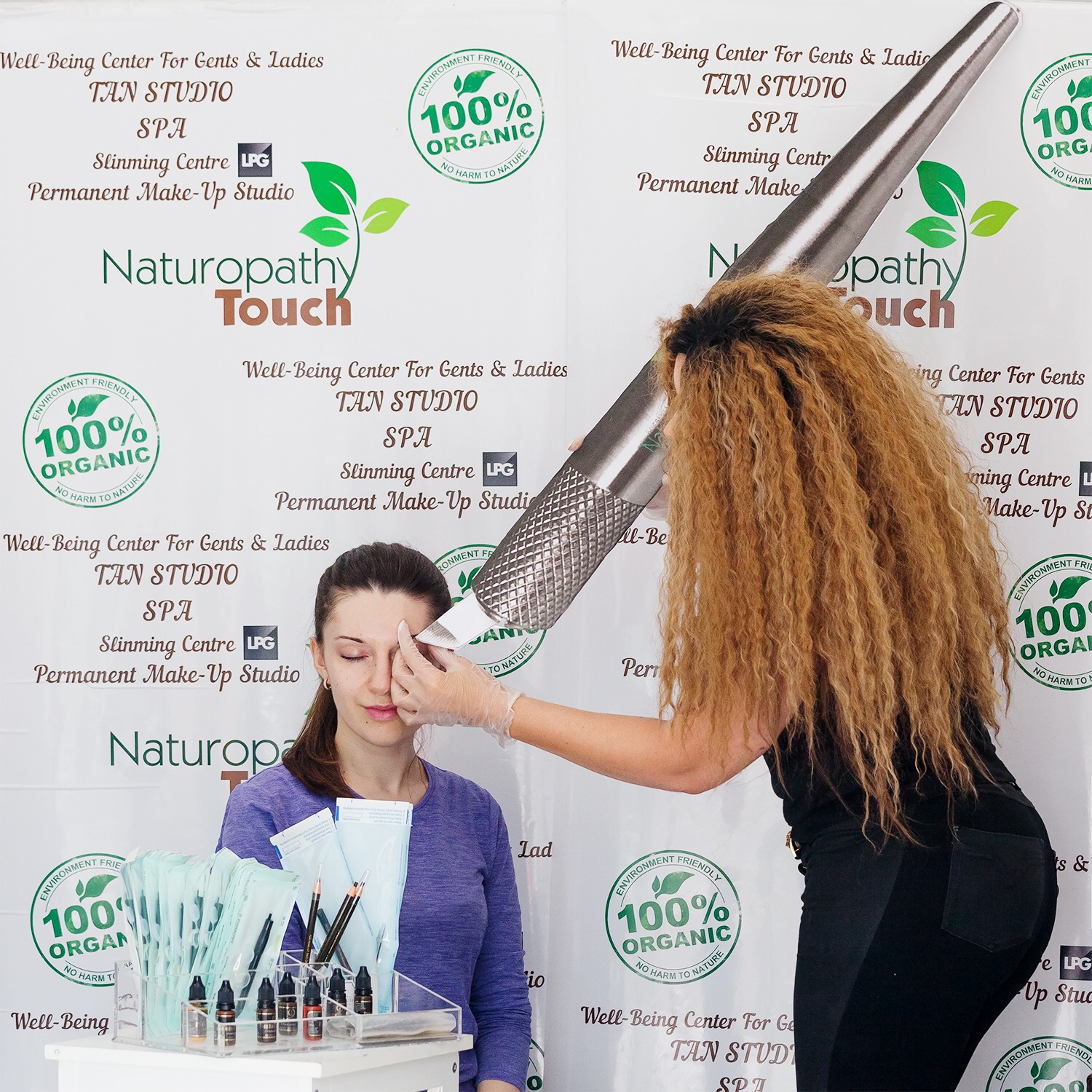 Microblading or Permanent Make Up?

It is a dilemma of all masters worldwide. Though, we come to a conclusion that extremely important to gain knowledge and practice yourself in 2 categories to be a really qualified master, due to the fact, microblading can t ideally suit all skin types as oily or skinny will stay only for a very short period of time and a guest would be not happy much of disinformation and a result-it s like an artist when he knows which brush is suitable for any kind of picture etc...There are many tricks and secrets...another one is very thick hair where microblading simply would not be visible as of very tiny hairs and much better to use semi-permanent technique 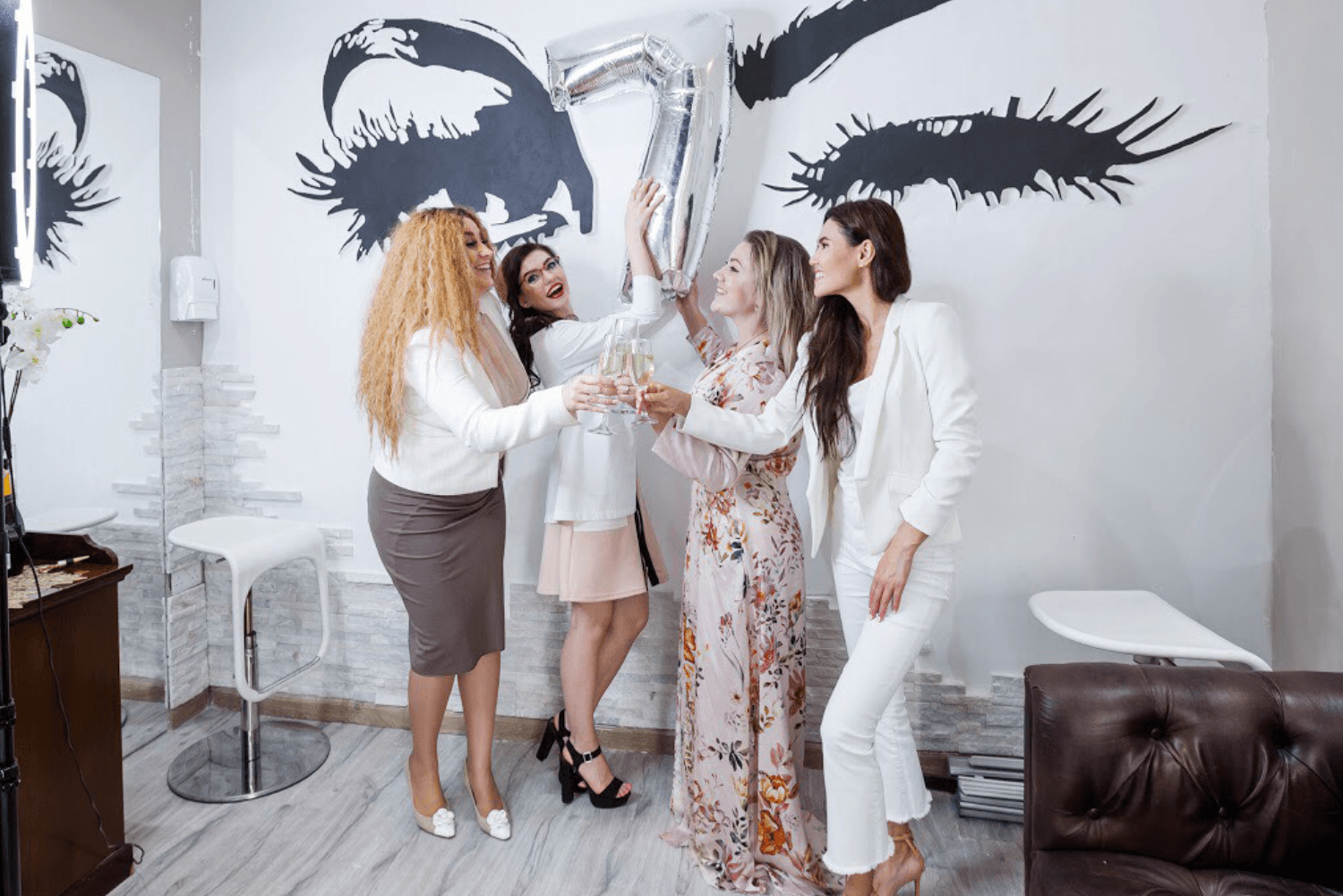 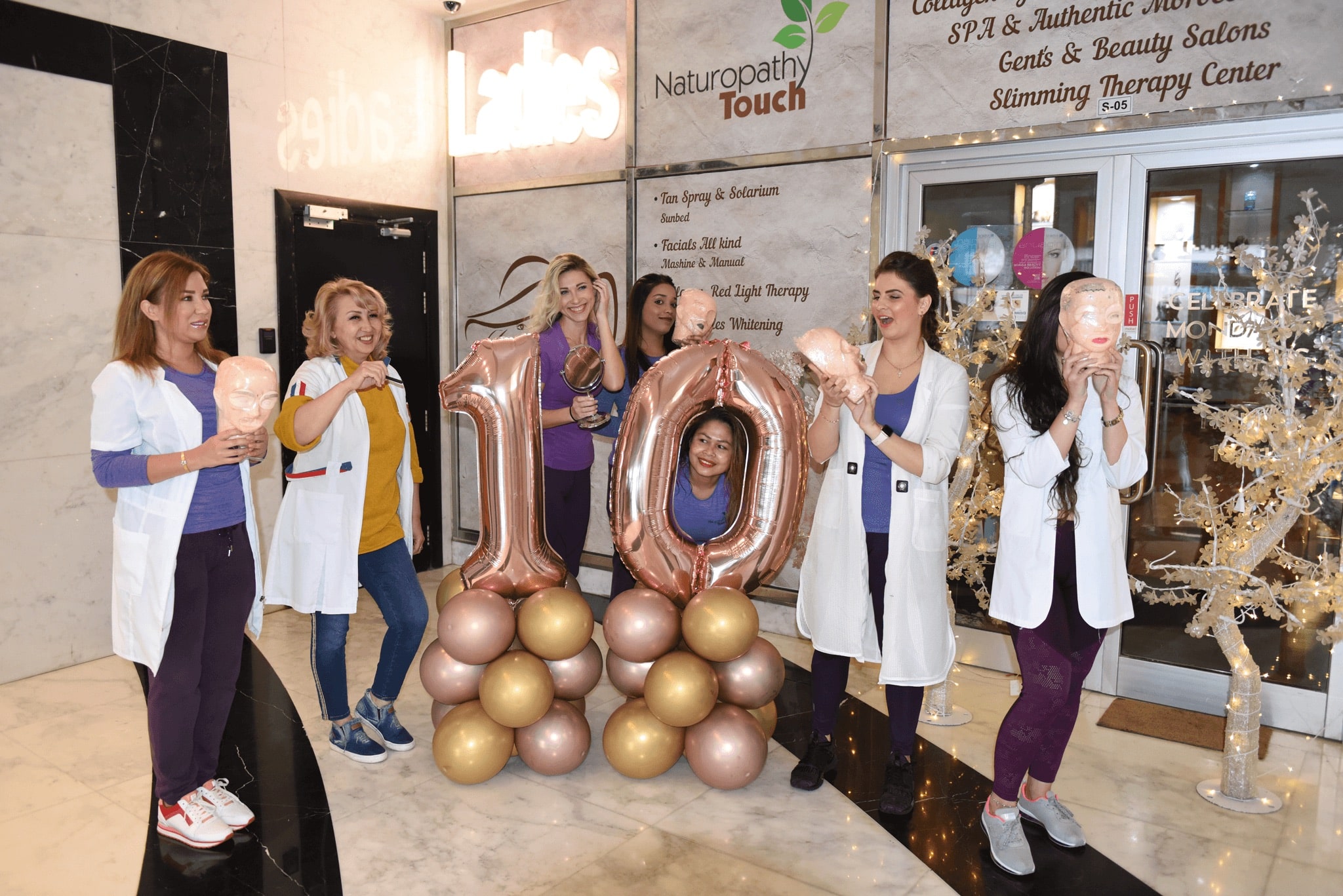 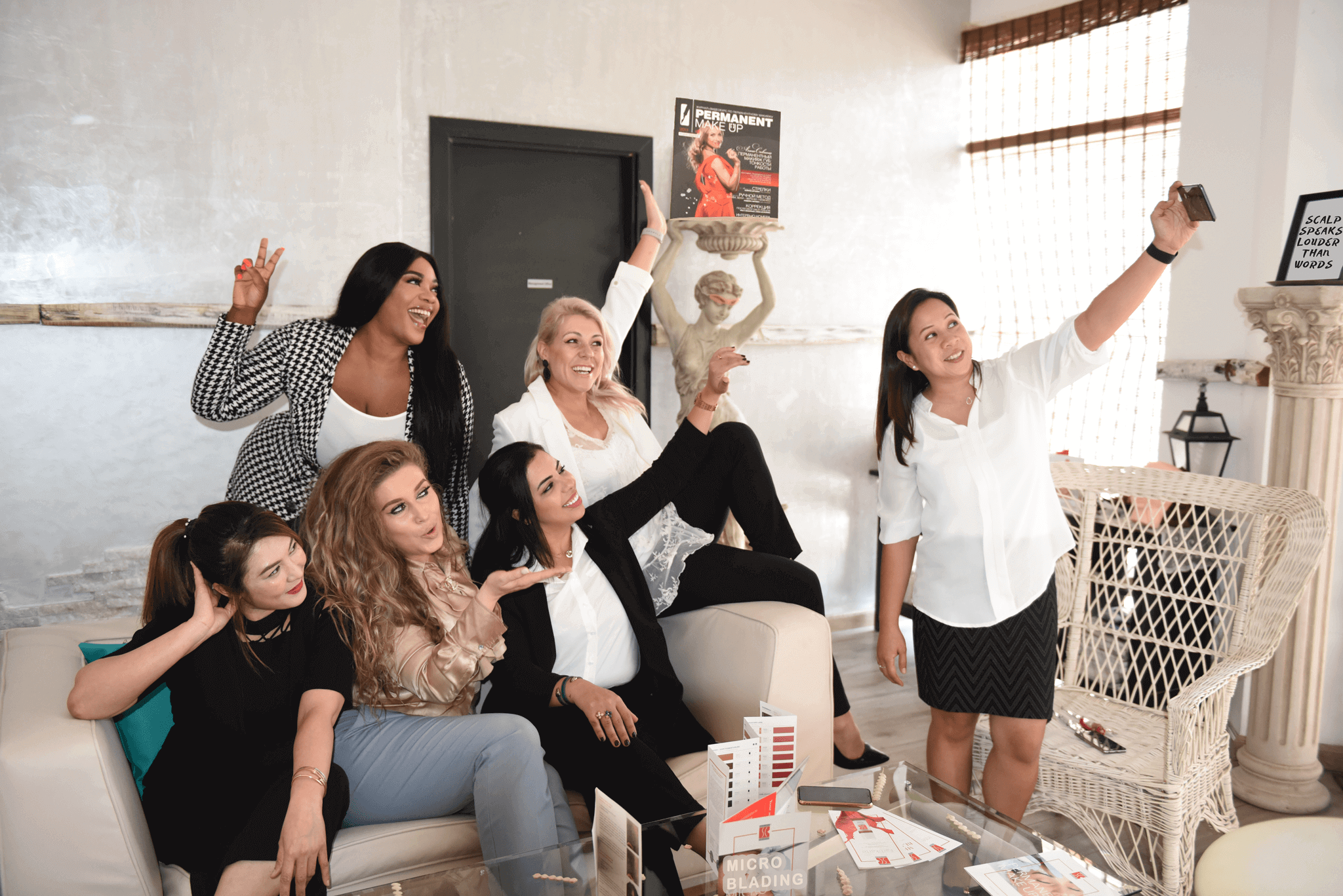 What is Our Goal?

To prove everyone that Permanent Make up is a part of Natural Beauty, which just enhances it! Natural hair technology – this is the main highlight of the tattoo Naturopathy Rehabilitation Centers. There are many salons or studios which provide services for creating tattooing. Many reputable beauty salons offer this service, which can mislead potential customers as firstly its done in beauty Salon not Medical Centres. It is difficult to determine how skillfully the master owns this or that technique and whether she will be able to create a make-up of a dream. When visiting the Centers of Naturopathy these problems remain outside the door. A creative idea turns into a beautiful reality. 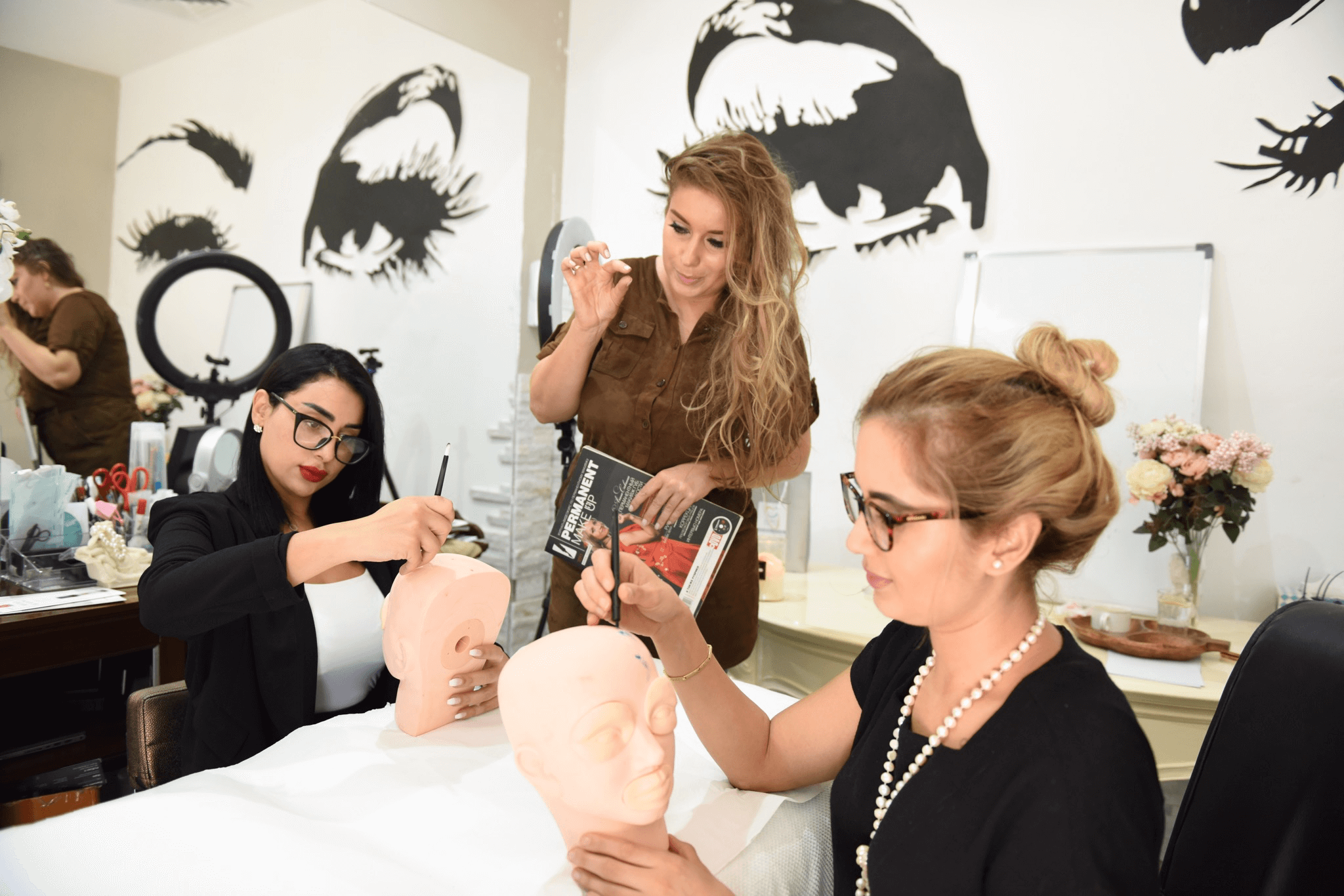 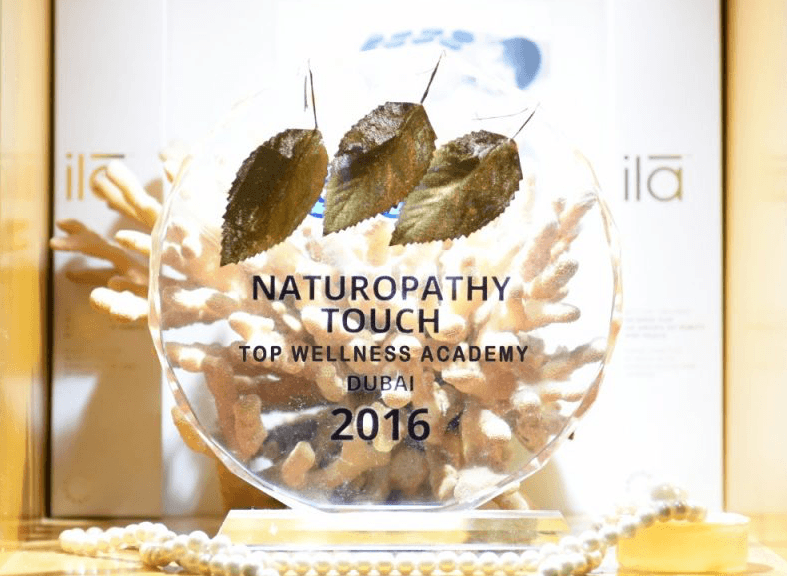 Naturopathy Touch has been awarded for their Excellence in Education